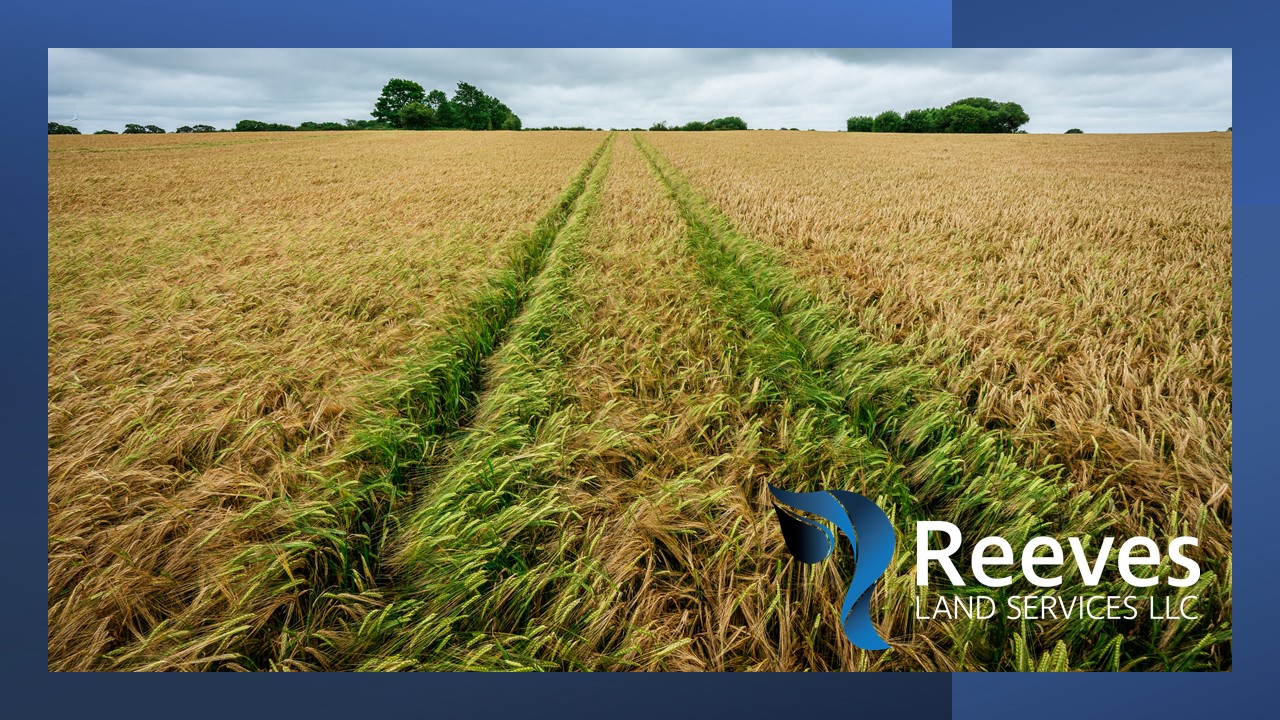 Land assigned a number by the General Land Office of Texas. The abstract number is unique to the county. A named survey or section can be divided into abstracts.

Were issued by the Republic of Texas to soldiers who served in the Texas Revolution and to those who enlisted in the army before October 1, 1837. The amount of land granted varied depending on length of service. Each three months of service provided 320 acres, up to a maximum of 1280 acres. Often the heirs of a soldier who died in battle would be granted the full 1280 acres on the assumption that the fallen soldier would have served for the duration of the war. Under a separate law, the Republic of Texas extended bounty grants from 1838 to 1842 to soldiers guarding the frontier.

A unit of length, often used in land surveys, equal to 66 feet, or 4 poles. A mile is equal to 80 chains. Also called a Gunter’s chain.

A person who assisted the surveyor in measuring land by carrying the chains used in a property survey. Often a chain carrier was a member of the landowner’s family or a trusted friend or neighbor. The chain carrier’s names sometimes appear on the survey.

“Were provided by the State of Texas to Confederate veterans from Texas who were permanently disabled, or to their widows. These grants were in the amount of 1280 acres of land. The law providing for this land grant program was passed in 1881 and repealed in 1883.”

A tract of land of which there is a continuous and unbroken perimeter.

Were issued by the Republic of Texas for participation in specific battles of the Texas Revolution. Soldiers who fought in the Siege of Bexar and the Battle of San Jacinto, including the baggage detail at Harrisburg, received certificates for their service. The heirs of those who fell at the Alamo and Goliad also received certificates. It must be noted that the Congress of the Republic continually changed the acreage allotted under these grants, so there were Donation grants for differing acreages, although most certificates were issued for 640 acres. In addition, donation grants were also provided by the State of Texas, under an act of the legislature passed in 1879, to surviving veterans of the Texas Revolution and signers of the Texas Declaration of Independence. To qualify for this type of donation grant a veteran must either have received a bounty grant or been eligible for one. The donation law of 1879 provided 640 acres of land and required proof of indigence. This law was amended in 1881 and increased the donation amount to 1280 acres and dropped the indigence requirement. This donation program was repealed in 1887.

The right to a grant of certain acreage in a colony or province—or the certificate granting that right—often awarded as a means of encouraging immigration to and settlement within that colony. Headrights could be sold or assigned to another individual by the person eligible for the headright.

A survey method used in the U.S. State Land states which uses natural land features, such as trees and streams, as well as distances and adjoining property lines to describe plots of land. Also called metes and bounds or indiscriminate metes and bounds.

Certificates were issued to companies for the construction of irrigation canals under laws passed in 1874, 1875, and 1876. The amount of acreage given was based on the class of ditch constructed.

A labor (pronounced lah-bór) was a Spanish land unit measuring 177 acres. Under the Mexican colonization act by which the first settlers entered the Stephen F. Austin colony in Texas, heads of families engaged in farming were to receive a labor of land each. Cattle raisers received a sitio or league. Most of the original settlers combined ranching and farming and received a league and a labor.

A unit of area, used to express the area of land, that is equal to 25 million square varas. A (square) league is equivalent to about 4,428.4 acres (1,792.11 ha). It was used in the archaic system of old Spanish land grants affecting Texas and parts of adjoining states and this use of league is used throughout the Texas Constitution.

Any portion or parcel of real property. Usually refers to a portion of a subdivision.

In a metes and bounds description, a meander refers to the natural run of a land feature, such as the “meanders” of a river or creek.

Measurements and boundaries; a method of land identification which describes the outer boundaries of a tract of land.

Were issued to those volunteer soldiers who arrived in Texas after March 2, 1836 and before August 1, 1836 and who received an honorable discharge from service. This program insured that those who arrived and served during this time period received the same amount of land as the original Texas colonists—that is, the same amount of land as allotted by a first-class headright. Military headrights were also issued to the heirs of those who fell with Fannin, Travis, Grant, and Johnson. The confusing nature of the law, passed in 1838, seems to have limited the number of such headrights actually issued.

“Visible marks or indications left on natural or other objects indicating the lines and boundaries of a survey. May be posts, pillars, stones, cairns, and other such objects. May also be fixed natural objects, blazed trees, roads and even a water course.”

A unit of measurement, used in the metes and bounds survey system, equal to 16.5 feet. One acre equals 160 square perches. Synonymous with pole and rod.

A description point in a metes and bounds legal description from which the description of the tract begins.  It is also the ending point.

A unit of measurement, used in the metes and bounds survey system, equal to 16.5 feet, or 25 links on a surveyor’s chain. One acre equals 160 square poles. 4 poles make a chain. 320 poles make a mile. Synonymous with perch and rod.

Several laws providing scrip for building railroads were passed, beginning in 1854. Although the exact provisions varied, generally a specified amount of land was provided for each mile of rail constructed. The Constitution of 1876 provided 16 sections (640 acres to a section) per mile. Railroads were required to survey an equal amount of land to be set aside for the state (later designated for the use of funding the public schools).

Part of the rectangular survey system as established by the federal government.  A six mile wide strip of land extending north and south and numbered east and west from the principal meridian.

Method set up by the Federal Government to describe land by principal meridians and base lines.  Also known as Congressional Township System.

A unit of measurement used in the metes and bounds survey system, equal to 16.5 feet. One acre equals 160 square rods. Synonymous with perch and pole.

Sale of lands to fund the school system of Texas began in 1874. Until 1905 the amount of land that could be purchased as well as the price, method of purchase, and eligibility requirements varied a great deal. Legislation in 1905 required that the school lands be sold through competitive bidding. Purchasers could buy a maximum of four sections with residence required in most counties, or eight sections with no residence required in other designated (western) counties.

Enacted by the legislature in 1863, certificates for 320 acres of land were issued for each incremental $1000 valuation of the completed factory.

SCRIP FOR BUILDING STEAMBOATS, STEAMSHIPS, AND OTHER VESSELS

Certificates for 320 acres were issued for building a vessel of at least 50 tons, with 320 acres for each additional 25 tons.  Sixteen ships were built taking advantage of this 1854 law.

Part of the Rectangular Survey System as established by the Federal Government.

The term was commonly used in Spanish Texas to designate parcels of land set aside for specific purposes, particularly in land grants. For example, a land grant known as a sitio de ganado mayor-a tract for raising horses, mules, and cattle-entailed the equivalent of 4,338 acres.

The determining of boundaries and corners, with distances and directions in order to identify the lands.

Part of the Rectangular Survey System as established by the Federal Government.  A Township is six miles by six miles and contains 36 square miles which is 36 sections or the equivalent of 23,040 acres.

Part of the Rectangular Survey System as established by the Federal Government.  These lines run six miles apart parallel to the base line.